Today I'm finishing my recap of a Winter/Spring 2014 Publisher Preview event I attended in mid-November; I've been sharing one book or series from each of the publishers who presented that I'm looking forward to sharing with readers. See also: Part I, Part II, and Part III.

From Hachette: My Teacher Is a Monster! (No, I Am Not.) by Peter Brown, June 2014
It is no secret that I adore Peter Brown, and so do my kiddos. I am thrilled to hear that this next book of his will be perfect for early elementary readers. I've got an inkling that it may pair well with Miss Nelson is Missing, too. 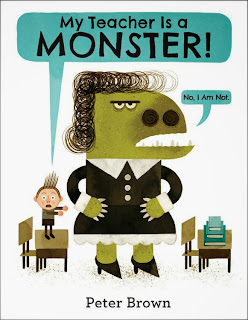 From Black Rabbit and Amicus: Beginner Magic series by Stephanie Turnbull, January 2014
I'm excited at the prospect of updating our easy magic books. With titles including card, coin, scarf and rope, pen and paper, dinner table, and mind and body tricks, I'm pretty sure one of my young readers will try tricks out on me once these titles come in.

From Scholastic: Minecraft: The Official Beginner's Handbook, January 2014
We may not currently have a designated program for kids who are into Minecraft, but they are certainly into the game. This volume promises to be a useful introduction for those children who are new to the Minecraft world--and to their parents, who are often a bit baffled by the whole thing.

From Tiger Tales: I Can Do It! by Tracey Corderoy, illustrations by Caroline Pedler, March 2014
What librarian hasn't heard a child loudly exclaim, "I can do it!" in the library? It's a universal experience of childhood: wanting to do things for yourself, but everyone rushes to do them for you first. I expect this title will make a great addition to our "Growing Up" neighborhood in our picture book section, and it will be a welcome title for families experiencing assertions on independence. 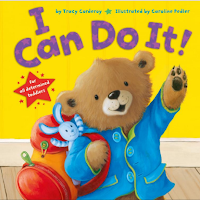 From Simon and Schuster: Noggin by John Corey Whaley, April 2014
I cannot wait for my teens to get their hands on Printz-winner Whaley's newest book. The story follows Travis Coates, a teen with cancer, who chose a drastic treatment option: have his head removed and cryogenically frozen, then reattached to a donor body when the technology exists to do so. Travis thought it would take decades for him to wake up, but when he comes to just five years later, the landscape of life is rough. He's still 16, but his best friend and girlfriend are both 21; his parents have lived five years without him. How will he cope with this new reality of existence? Since Whaley is doing the writing, it's both moving and funny. 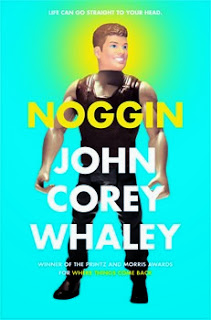 That's it for my recap of forthcoming 2014 titles. What are you looking forward to from Winter/Spring 2014 publications?