Lost in Space! An Unprogram for School-Age Astronauts

Allow me to preface the recap of my recent Lost in Space program, inspired by an emergency program at the LaCrosse Public Library, with a string of possibilities: 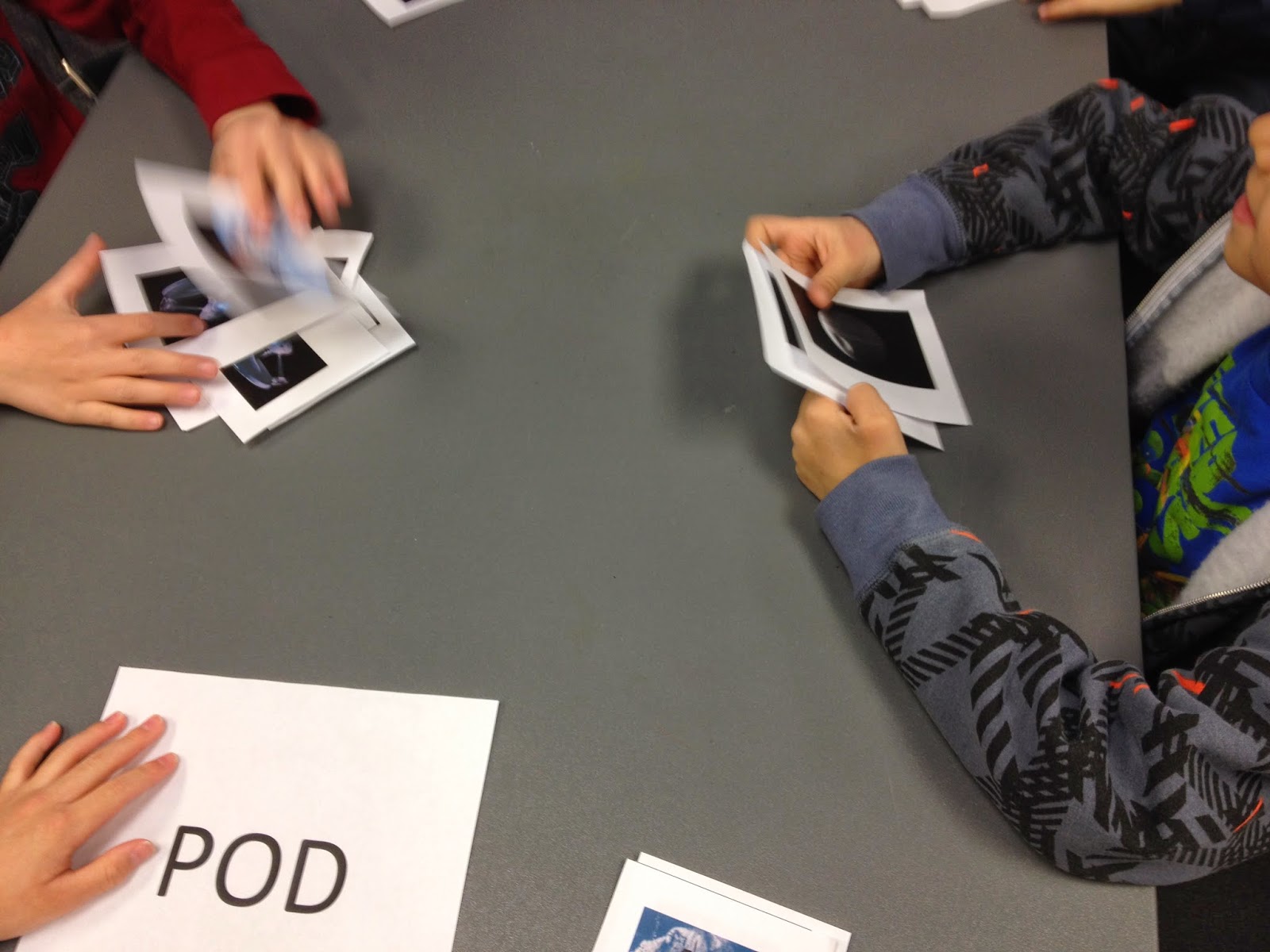 The introduction: As the astronauts assembled in the program room/spaceship, they each found a seat at a table, which had been assigned a pod number. These would be the astronauts' pods for the duration of our space voyage. While waiting for all the astronauts to arrive, podmates could play games of concentration using a deck of cards showing different spaceships, real and fictional. 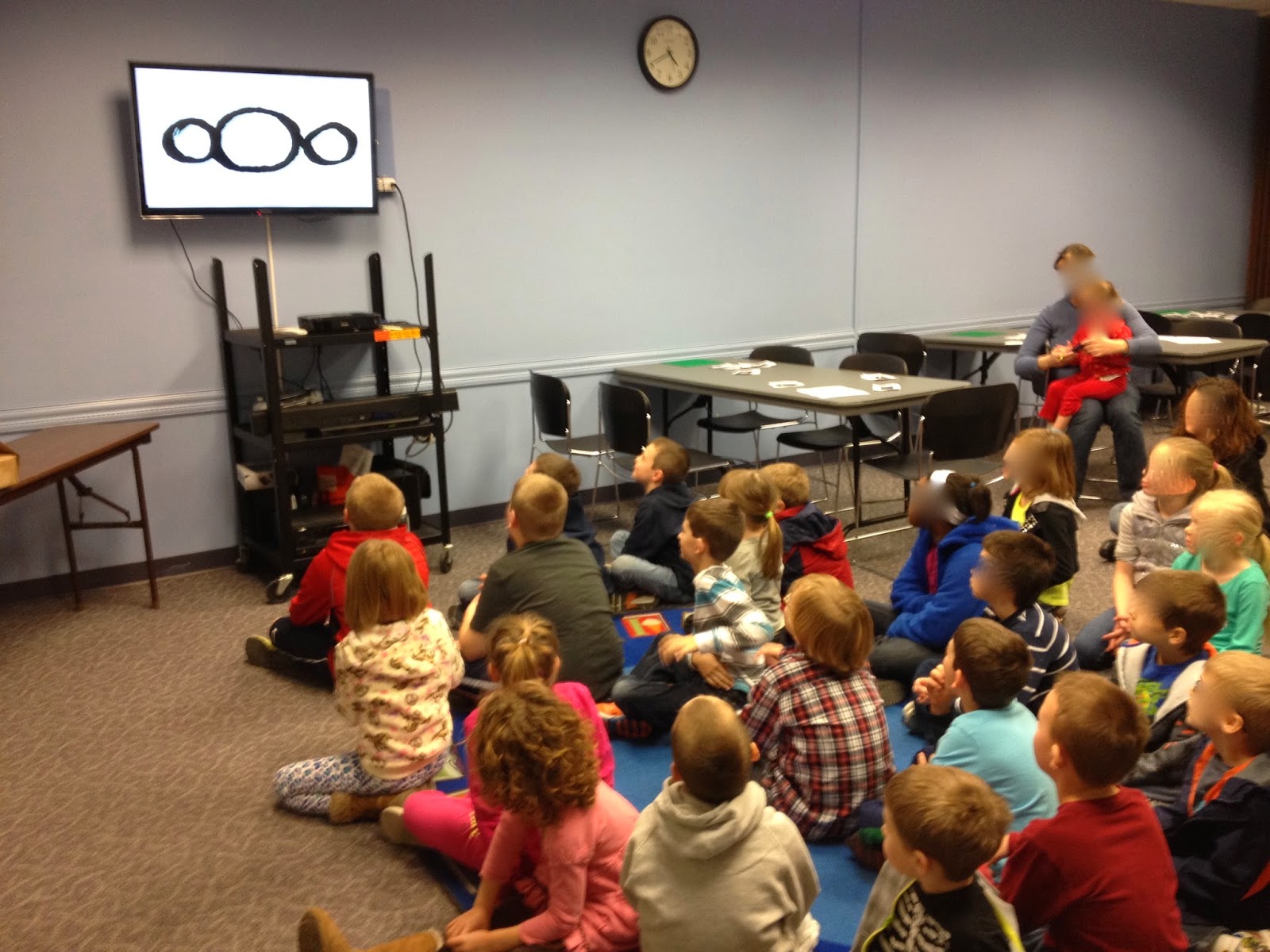 The connection to library resources: I the space captain gave initial instructions and explained our planned journey: to exit the solar system. I discussed the length of time which such a journey would take, and also shared a number of items available in the ship's library to pass the time. I book talked Zita the Space Girl, The Fellowship for Alien Detection, and What We Found in the Sofa and How it Saved the World. Then we segued to our in-flight movie, an Eyewitness DVD featuring information on the solar system. It was while we were watching a clip about Saturn that... 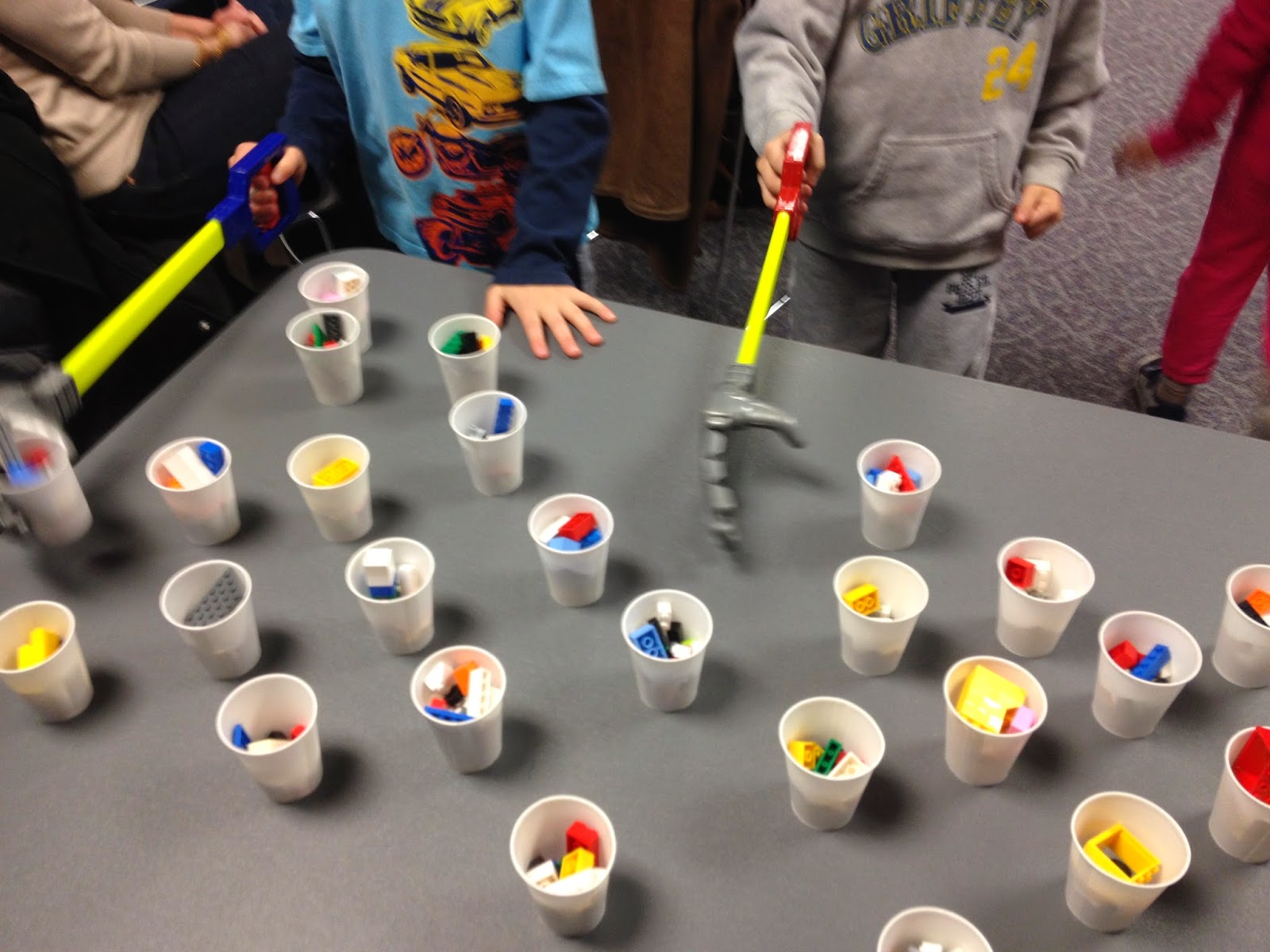 MAYHEM! (or, the organized chaos of activity stations): The lights flickered, the tv screen went dark, and our ship crash landed on Titan, a moon of Saturn. Suddenly our primary goal was survival, which translated into a number of stations:
The wrap-up: After we finally figured out how to fix our spaceship, it was time to head home to Earth. As a group, we made sure our spacesuits were on securely, and we buckled into the ship. I split the crew into three groups, each responsible for part of the takeoff, flying, and landing process. Setting foot on Earth again after so much time away was wobbly, to be sure, but oh, did it feel good.