Attack on the Fort! A STEAM Program 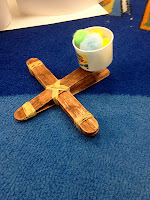 This week, a battle took place at my library. In the program room, to be exact. Don't worry, the battleground was prepped and the skirmish was intentional. It was all a part of my school-age STEAM program, Attack on the Fort!

Our simple, unprogrammed program, which lasted an hour, consisted of four stages: 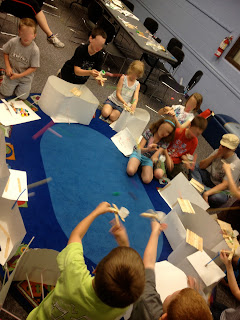 After the program, the children were able to take home their catapults, a few pieces of ammunition, and their forts, which was obviously very exciting--the kids always love to take home their creations. I had lots of positive, enthusiastic comments from both children and caregivers who attended; they loved the simplicity and freedom of the program, and they loved the chance to get to make something that was "so cool." Attack on the Fort! was definitely that: simple, minimally-structured, and cool.

STEAM and unprogramming, two of my favorite ways to think about children's programs.