Last week, I was attended a Winter/Spring 2014 Publisher Preview event hosted by Baker & Taylor in my library district. This event for Missouri-area librarians included presentations from a whole host of publishers, and I thoroughly enjoyed getting a sneak peek at what readers can look forward to in 2014. Over the next few weeks, I'll recap what I saw at the preview event by sharing one book or series per publisher that I look forward to getting into the hands of the young readers I serve next year.

From Cherry Lake: What's It Like to Live Here? series by Katie Marsico, January 2014
This six-book series aimed at elementary school readers brings the social studies home, literally: by reading about what it's like to live in a city, a fishing village, a mining town, a small town, a suburb, and a farm, children will gain perspectives on the variety of ways and places people live. 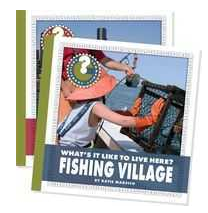 From Sleeping Bear: Hot Dog! Eleanor Roosevelt Throws a Picnic by Leslie Kimmelman, illustrated by Victor Juhasz, April 2014
When King George VI and Queen Elizabeth visited the United States in the summer of 1939, it fell to first lady Eleanor Roosevelt to decide how to recognize the event. In true Eleanor style, she decided to forego pomp and circumstance and instead host a picnic. This cheekily illustrated nonfiction picture book for older elementary students looks to combine history and great biographical personality. 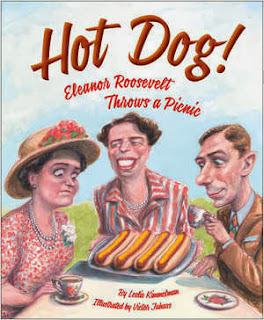 From Scholastic Library: American the Beautiful, Third Series, beginning in February 2014
It's been over five years since Scholastic last updated their series of state books, and they are in as high demand by young customers as ever. The combination of useful maps and illustrations, strong text about many aspects of each state, and the updated material make these titles must-haves for my library. All 52 titles will be released in 2014, with the first batch coming in February. 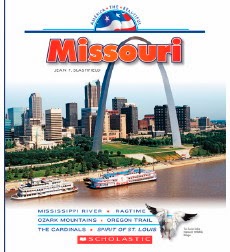 From Houghton Mifflin Harcourt: Hooray for Hat! by Brian Won, May 2014
I love both hats and a bit of whimsy, and this picture book about animals who find a remedy for their bad days looks like it'll be filled with both. It appears this book will make a great story time addition, too.

From Penguin Young Readers: This Star Won't Go Out: The Life and Words of Esther Grace Earl by Esther Earl, Lori Earl, and Wayne Earl with an introduction from John Green, January 2014
Esther Earl was a huge fan of YA author John Green, and her fight with and ultimate death from cancer provided some inspiration for Green's bestselling The Fault in Our Stars. This memoir includes snippets from Earl's own journals and letters as well as stories from her parents. A must for YA collections. 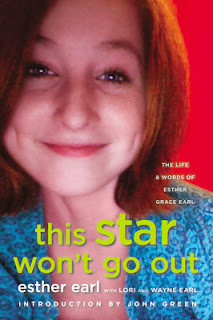 I'll have more previews of 2014 titles next week!