Have you ever hired a musician/magician/etc. for a preschool program, only to have some of the preschoolers trying to grab the performer's props while others wander at the back of the room looking for something else to do? It's a tough situation. And I hugely admire the performers who are able to smoothly go with the flow no matter what sort of not-ideal behavior is happening in the room.

What I just tried last week, however, was adding a few small elements to a preschool performance to hopefully prevent some of these frequent behaviors from becoming full-on disruptive. At our Polar Bear Bash last week, where we had hired a children's musician for a 45-minute program for 2- to 5-year-olds (plus siblings), I added two supplemental activities: 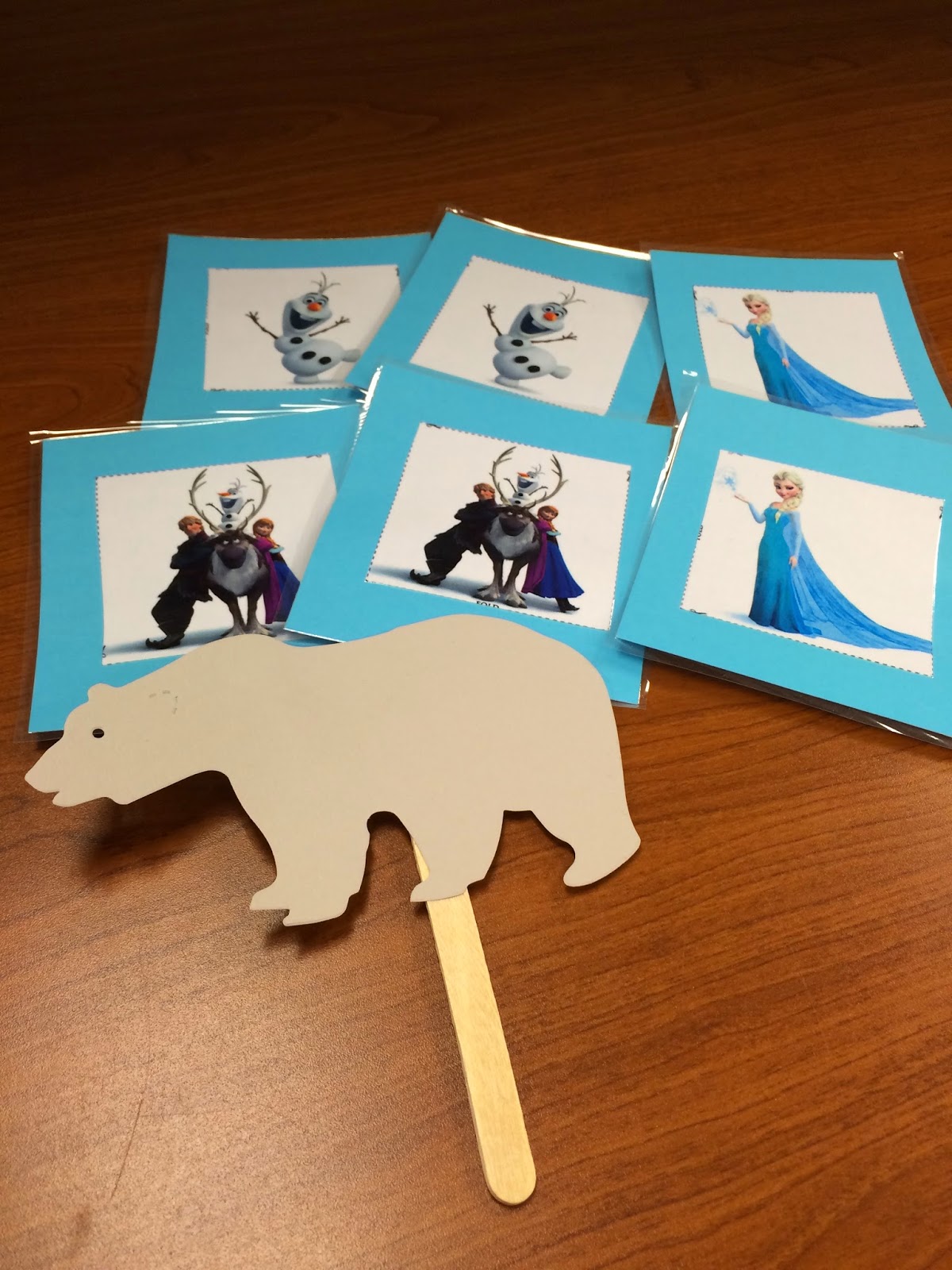 First, I opened the doors a few minutes before showtime and invited kids to stop first at a stick puppet station. I used die cut polar bears, popsicle sticks, and tape, and every kid got to make a quick puppet to hold on to for the duration of the program. Turns out, when kids have something to hold on to already, they're less inclined to try to grab the performer's props.

Second, I had a memory game set up at the back of the room. I love memory games because you can modify them for pretty much every age--for 2s, it's about simple matching of face-up images; for 5s, it's a full-fledged game of concentration. I used this template to print, mount, and laminate my own sets of Frozen memory games. With the cards set up at the back of the room, the kids who became temporarily dis-engaged with the main program could briefly play a quiet, productive game before refocusing on the performance. Bonus: the Frozen theme, seemingly universally beloved, meshed well with our overarching Polar Bear Bash concept. Cold things, yay!

The end result was a preschool performance with perhaps slightly fewer child-behavior-distractions than might normally occur. I'd consider that a win, especially with a pretty low-key investment in making the supplemental supplies.

What are your strategies for making preschool performances go as smoothly as possible?

Email ThisBlogThis!Share to TwitterShare to FacebookShare to Pinterest
Labels: preschool